MP-05 LaFerrari Sapphire – A tribute to the FXX K

A record-breaking power reserve, a truly outstanding watch and a unique supercar – these are the stars of Digital Domain’s new blockbuster. 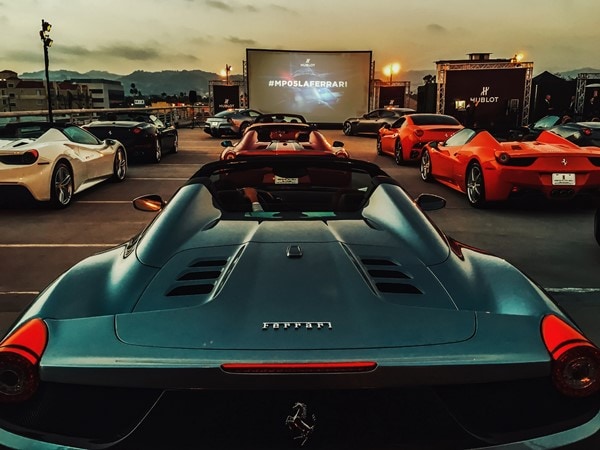 It’s 7.30 pm and night is falling over the City of Angels. On the roof of the Ace Museum, guests are comfortably ensconced in Ferraris. They are enjoying a sneak preview of a world premiere, the first animated film from Hublot, a joint production that has been created by Digital Domain, world leaders in action movies and visual effects.
On the bill are a 1200 HP hybrid supercar, the FXX K, and a superwatch with a 50-day power reserve.
A world record for Hublot.

Los Angeles – 7 September 2016
Hollywood, the perfect location for the pre-release of the “MP-05 LaFerrari movie – A tribute to the FXX K”.
Hublot, in collaboration with Ferrari Beverly Hills, invited its clients to enter the heart of the Los Angeles, watched over by the Hollywood sign, the mythical symbol that embodies the magic of the world’s movie capital. 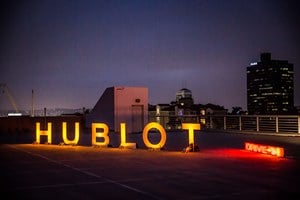 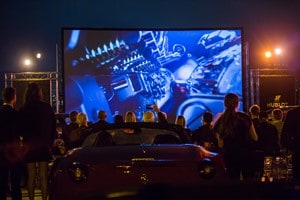 The roof of the Ace Museum with its unique, futuristic decor has been turned into a Ferrari-only drive-in cinema where the Hublot magic can unfold. In spite of the very fifties feel, this evening’s feature is not a classic American movie but a real digital revolution. Hublot is presenting its first animated film. A world premiere that presents Hublot as world leaders, with special effects that are worthy of Hollywood’s top blockbusters, and starring a supercar, the Ferrari FXX K, and a superwatch, the MP-05 “LaFerrari” Sapphire. 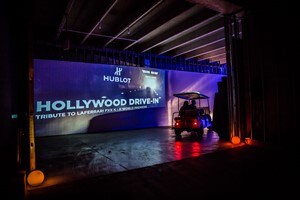 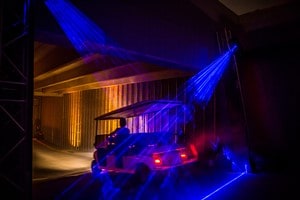 Thanks to the virtuosity of Digital Domain, its historic record (power reserve of 50 days) has now been immortalized on film. The whole FXX K environment has been reconstituted with special computer effects. All the images have been animated by a real-life driver at the steering wheel, and the technical features of the car have been configured to provide the most realistic driving experience possible. In a world of computer-generated images, the idea is to offer the public a real experience and realistic sensations. It is an audio-visual experience, as Digital Domain has created a soundtrack in Hollywood action-movie style, based on the FXX K’s engine.
This animated film has been created to tell the fabulous story of the HUB9005.H1.PN.1 movement, a classic motor and the unique design of its sapphire case. The MP-05 “LaFerrari” was inspired by the car of the same name, and its evolution – the MP-05 “LaFerrari” Sapphire – has been inspired by the FXX K supercar. A futuristic, 3D design machined from 7 blocks of sapphire, involving more than 600 hours’ work and precise 3D workmanship to produce an ultra-light 53.5 grams on the wrist. Its unique movement comprises ultra-lightweight carbon components. It has a record-breaking power reserve of 50 days, and 11 series-coupled barrels set in a spine formation that dominate the center of the watch and keep the movement turning with its 637 components, a record number.
A hypnotic movement, a truly outstanding watch.
On the big screen, the MP-05 “LaFerrari” Sapphire is almost overwhelming in its visual impact.

Did you miss the event and are you curious to see more? Check out the Photo Gallery.